For Pride month, the US Presidential Scholars Foundation & Alumni Association project ‘Scholar Perspectives on Societal Change: Sexuality, Gender, and Identity’ published an essay by our founder, Wesley Gryk. In that essay, Wesley recounts his very personal experience of being a gay man during more than half a century of what have been unprecedented historical positive changes in societal attitudes in some parts of the world. He cautions that the impact of such changes may often depend on the personal circumstances of the individual concerned and, in particular, warns against complacency, given that large swathes of the globe remain unaffected by such progress and, further, that such progress which has been achieved could easily be erased. 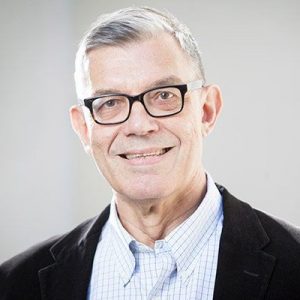 Updates to the Youth Mobility Scheme


This month, UK Visas & Immigration has updated its guidance to caseworkers on the Youth Mobility Scheme.

The guidance has been updated to reflect the addition of Iceland and India to the scheme from 1 January 2022.

The guidance now states that an applicant must be one of the following:

However, potential Indian citizen applicants are going to have to be a little patient, the first Indian ballot has not yet been announced and the general guidance to applicants states:

Do not use this page to enter the ballot for the India Young Professionals Scheme. The ballot for Indian nationals is not open yet.

No date for the ballot has yet been given.

When the scheme does open, Indian Citizens will need to be aware that there are 3000 visas available per year (relatively few given the size of population) and Indian Citizens need to meet an extra requirement based on qualifications or work experience.

We frequently assist parents with the immigration and nationality matters which arise when children are born following international surrogacy arrangements.

We are aware that the  coronavirus covid-19 crisis is causing difficulties for parents whose children are born overseas to surrogate mothers.

We have, with our friends at NGA Law, raised this matter with the Home Secretary. The Home Office have been in contact with us to look to find solutions for children who are born British and those who need to register as British Citizens.

I will update when I have further information but you are welcome to contact me on barry@gryklaw.com

Barry O’Leary is the author of the ‘International Surrogacy and British Nationality and Immigration Law chapter in “Surrogacy: Law, Practice and Policy in England and Wales.”

Described as “the Rolls-Royce of immigration and asylum,” Barry O’Leary is highly valued for his successes with family, partnership, international surrogacy and sexual identity cases. An interviewee says: “He’s a very experienced solicitor who does fantastic work across the board.” – Chambers 2020

“Barry O’Leary is experienced in applications based on partnership and family and in relation to international surrogacy arrangements, while he also handles asylum and human rights claims based on sexual identity.” – Legal 500 2020

We frequently assist parents with the immigration and nationality matters which arise when children are born following international surrogacy arrangements. The majority of our clients are British citizens, though we also assist parents of other nationalities and with differing immigration status.

In other circumstances, the child is not born British and we frequently apply to register those children as British citizens under section 3(1) of the British Nationality Act 1981 (though there are other nationality and immigration law solutions available). These registration applications are discretionary but the Home Office will, in our experience, always register a child as British if the situation fits within the Home Office’s own guidance.

In the past, one source of frustration with the guidance was the requirements for registration applications relying upon the citizenship of a British citizen mother (whether or not she has a biological link) or on the citizenship of a British citizen non-biological father. The guidance used to require an order from a court in the jurisdiction in which the child was born stating that the British citizen was treated in law as the child’s parent. The Home Office had confirmed that such orders needed to be issued post-birth. It was unclear how strict the Home Office were in applying this, but in order for parents bring themselves within the guidance, they needed to obtain such a post-birth order. This could delay matters and increase costs.

We had asked the Home Office on previous occasions to remove the requirement but it remained. Our most recent request, though, has met with success. The Home Office has now removed the requirement for a post-birth order in these cases. The guidance now states that the application needs to include: –

The guidance no longer requires a court order – a birth certificate is sufficient – and this is a welcome change.

The only negative to the new guidance is that the surrogate mother’s consent has to be signed after six weeks. This is the position when applying for parental orders through the Family Courts, but it has not been requested before in British Citizenship registration applications. However, the possible delay this could cause has been alleviated by the Home Office agreeing that such consents can be sent on later to be added to an application. Therefore, when applying on this basis, the application can be submitted as soon as it is ready and the six-week consent sent later.

This may appear a small change but it will reduce the amount of time some parents need to remain abroad. Families are usually very keen to return to the UK as soon as possible so any reduction in delay is very welcome.

Barry O’Leary is the author of the ‘International Surrogacy and British Nationality and Immigration Law chapter in “Surrogacy: Law, Practice and Policy in England and Wales.”

Described as “the Rolls-Royce of immigration and asylum,” Barry O’Leary is highly valued for his successes with family, partnership, international surrogacy and sexual identity cases. An interviewee says: “He’s a very experienced solicitor who does fantastic work across the board.” – Chambers 2020

“Barry O’Leary is experienced in applications based on partnership and family and in relation to international surrogacy arrangements, while he also handles asylum and human rights claims based on sexual identity.” – Legal 500 2020

10 May 2018 sees the official launch of the LexisNexis publication ‘Surrogacy, Law, Practice and Policy in England and Wales’ . The book is an essential guide for those advising on surrogacy law.

The book is edited by Ruth Cabeza of Field Court Chambers and she has been ably assisted by fellow barristers from her chambers and Lillian Odze of the Cafcass High Court Team.

I am the author of the chapter ‘International Surrogacy and British Nationality and Immigration Law’.

The book is an important step towards informing both advisors and parents as to the British nationality and immigration law issues that arise in international surrogacy cases. Given the restriction on commercial surrogacy arrangements in the UK, UK-based commissioning parents frequently enter into international surrogacy agreements which lead to the birth of their children abroad. The birth of a child outside the UK inevitably leads to questions concerning British nationality and immigration law.

The fact that there is any nationality or immigration issue at all can come as something of a shock to many commissioning parents. Those who are British from birth have often not come into contact with the British nationality and immigration system before and understandably assume that their child will be born British whatever the circumstances.

Furthermore, British nationality law will often be at odds with the law in which the child will be born. In that country, the British commissioning parents may be the legal parents at the date of birth and named on the birth certificate. This does not mean that they will be the parents for the purposes of British nationality law.

In my chapter, I have set out the different circumstances that can arise and the immigration and nationality law solutions. The aim is to have these issues more widely known. Of course, we remain happy to advise parents on their particular case.

In December 2022, the High Court ruled that the way the government is implementing the EU Settlement Scheme is unlawful.

Our monthly partnership session went really well! Thank you so much to pro bono lawyers Karma Hickman
@BindmansLLP and Barry O'Leary @WesleyGrykLLP for their free advice to our #LGBTQ service users.🏳️‍🌈

At the end of last year, the High Court ruled that the Home Office's plan to remove some asylum seekers to Rwanda was lawful. Our Elena Musa explains the judgment: https://www.gryklaw.com/high-court-rules-that-rwanda-plan-is-lawful/

Our Alison Hunter explains what this report says, assesses the likely impact on Global Talent applications and summarises the process: https://www.gryklaw.com/global-talent-in-the-uk/

Moud Goba (@MsMGoba) has been named in the #BBC100Women 2022 list. Congratulations!
Thoroughly deserved recognition of her work with @MicroRainbow

It features inspiring and influential women from all around the world.