For many of us, today is tinged with sadness as the United Kingdom leaves the European Union at 11pm tonight.  For others it is of course, great cause for celebration.

Immigration played a significant role in the outcome of the referendum and one of the arguments for leaving the EU was the idea that the UK should be able to control its borders.  But what is the position in terms of immigration law now and what is likely to happen in the future?  I have set out below what we know so far.

Although the government is understandably not keen to publicise this, during the transition period that is in place up until 30 December 2020, EU free movement law continues and all EU citizens have the same rights to enter the UK, reside here and work as they did when the UK was in the European Union.

However, European citizens and their family members, or anybody who currently resides in the UK on the basis of European law and wants to remain here, needs to register under the European Settlement Scheme. The government expects people to have applied by 30 June 2021.  We are however urging people to do it by the end of this year, as currently it is unclear on what legal basis these people will be able to remain in the UK from December 2020 onwards if they have not registered on the Settlement Scheme.

Boris Johnson has announced a new Global Talent visa for which people will be able to apply for from 20 February onwards. The aim is to ensure that highly skilled people, and particularly scientists, have a smooth entry route to the UK to carry out research in the fields of science and medicine.  It also though encompasses people who have digital technical or engineering expertise, academics, and those who are leaders in the arts and culture.

Finally this week, the Migration Advisory Committee (MAC) issued its 272 page report that was commissioned by the government setting out where it sees the priorities for the immigration scheme that will come into force in January 2021.

Despite the government heavily trailing an ‘Australian style’ points based system, the MAC has been much more conservative and has recommended that the current Tier 2 (employer sponsored worker) scheme stays in place with some modifications,  The main proposal is to reduce the salary threshold to £25600 (from £30000) .  The MAC though has not endorsed regional differentiations in salary levels despite the well recognised disparities in pay throughout the United Kingdom.

The MAC was also not as enthused as the government about a points based system.  Although it grapples with the idea, it suggests a relatively restrictive approach for highly skilled workers only.  It envisages awarding points for characteristics such as qualifications, age, English language skills and for priority sectors of the job market.

It remains to be seen how the government will respond and what they will be put in place.  What we do know is that the new immigration system will have to address the loss of free movement of people from Europe with all the benefits this has provided for employers, such as flexibility and easy access to all skill levels of labour. Getting the new immigration system right for the United Kingdom will be no small task!

If you require advice on the EU settlement scheme or the new global talent visa, please contact us on contact@gryklaw.com or on +44 20 7401 6887.

To mark the public launch of the EU Settlement Scheme and the Mayor of London’s EU Londoners Hub, our team of lawyers spent four days providing free immigration advice to Europeans across the capital as part of the Mayor’s #Londonisopen campaign

Working with Here for Good, the Mayor of London and Waterloo Action Centre, we spoke to hundreds of Londoners about their rights post-Brexit and the process of applying under the EU Settlement Scheme. 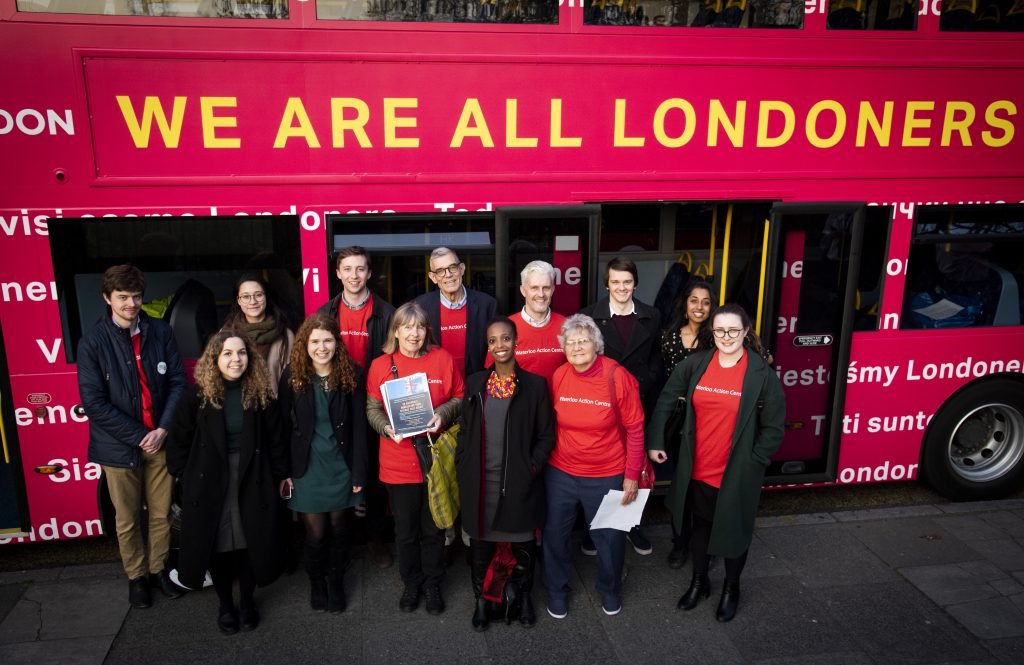 The four days provided a valuable snapshot of how the public have understood the EU Settlement Scheme and laid bare the sheer scale of the challenge facing the Home Office. What was clear was that there was a significant amount of confusion about the scheme: how people make an application, what they need to apply, and when they need to apply by. Here are three of the most common topics that came up:

END_OF_DOCUMENT_TOKEN_TO_BE_REPLACED

On Monday, 12 February, a new NGO known as Here for Good was officially launched to provide free immigration services during and beyond the Brexit process. The launch event was hosted by Professor AC Grayling, a trustee of the charity.

Two of our partners, Wesley Gryk and Alison Hunter, worked with two partners at Bindmans LLP to produce the publication ACT NOW, a free and comprehensive guide commissioned by Here for Good. The guide sets out the practical steps individuals should take to secure their rights in the UK.

The organisation has been co-founded by Isabella Mosselmans, a trainee solicitor at Wesley Gryk, alongside Tahmid Chowdhury, who was one of the interested parties in the litigation concerning the legality of triggering the Brexit withdrawal process without parliamentary approval (the Article 50 litigation). It will give particular attention to the most in-need EEA citizens living outside of London, where there are high numbers of EEA migrants but a shocking lack of comprehensive pro bono immigration services. Wesley had this to say about the firm’s involvement in this new charity: “We are very proud of Bella and Tahmid’s initiative. We would like to see it as an extension of our own firm’s commitment to providing advice and assistance to as many European nationals as possible to protect their rights, regardless of their ability to access paid legal advice. To this end we are continuing to host a number of pro bono outreach sessions to advise such Europeans, the next of which we are conducting with another sister firm, Wilsons Solicitors, at 7pm, on 7th March 2018 at Islington Town Hall, with another we hope to follow at the Waterloo Action Centre at 1pm on Saturday, 19th May 2018.

As I am overly fond of pointing out, these initiatives are in part inspired by my own Polish grandparents, all four of whom immigrated to the US a little over a hundred years ago and were able to make a go of it thanks to a pool of kind employers, teachers and other generous individuals who saw their potential and that of their children as a benefit to society and not a threat.”

Isabella and Tahmid said “With extensive support from our lawyers, we have created a Guide that will help tangibly improve people’s lives. At best, EEA citizens and their families are facing uncertainty in the aftermath of the referendum – this guide combats that, and our proposed advisory service will further enable people to take action to protect their rights in the UK”.

We are pleased to see that the Home Office has now opened the application process for the descendants of someone born on the Chagos Islands (British Indian Ocean Territory) to apply for British citizenship and British Overseas Territories citizenship.

Salut to the Chagossian Community, I made this small video for you. Today is your day. Congratulations. We at the BOTC Campaign wish you well. Remember, get registered to protect your rights to BOTC & British citizenship.
Trent & Dave.

In the summer, the Home Office published updated guidance making it easier for children born outside of the United Kingdom, but who have lived here for 10 years, to apply for British citizenship.

A joy of my last years in law was succession of talented young artist clients. Reaping benefits of this in retirement, as they make their way. Congrats to @AcanthaLang. Her latest song @jazzfm Breakfast Offering of Week & @soultrackscom Song of the Month.https://www.soultracks.com/song-month-acantha-lang-carry

So pleased to be endorsed as one of #TheTimesBestLawFirms2023